Skipping Breakfast: How it Affects your Body? 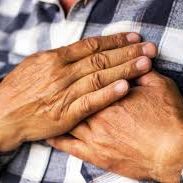 Here are the things that Happen to Your Body If You Skip Breakfast.

Who needs cereal, eggs, and bacon in the a.m. when your tummy doesn't even rumble till near lunchtime? You'd be surprised.

1. You have a greater risk of heart disease

Some 31 million Americans are breakfast skippers, studies show. Some are trying to cut calories, some are too busy during the morning rush, and others say they just don't feel hungry. But despite some reports, the research overwhelmingly shows that eating a good breakfast is an important part of a healthy lifestyle. A study from Harvard University found that men who skipped breakfast had a 27 percent greater risk of heart attack or heart disease than those who dug in. Although they haven't pinpointed a direct cause, researchers suspect that remaining in a fasting state for longer is stressful and makes the body work harder, causing metabolic changes. "The changes in hormones to help maintain blood sugar levels and the trend toward weight gain in patients who skip breakfast has been linked to heart disease," these changes lead to plaque buildup in the arteries, upping your chances of heart problems.

2. You're more likely to get diabetes

Skipping that bowl of oatmeal or yogurt parfait could mess with your blood sugar. Another Harvard study found that women who regularly didn't eat breakfast had a 20 percent increased risk of developing type 2 diabetes. "Skipping the morning meal is linked with impaired glucose tolerance and that is further associated with the development of prediabetes and diabetes. The theory is the irregular blood sugar spikes that occur when we fast for a long time and then eat a lot because we're hungry put a strain on the body, which can lead to insulin resistance.

3. You may gain weight

If you're trying to lose weight, it would seem that the less you eat, the more pounds you'd drop, right? But that's not exactly the case. Although research is mixed on whether eating breakfast has a direct effect on weight loss, the link between skipping breakfast and weight gain has been shown. "One theory is that people who eat breakfast are more likely to practice lifestyle behaviors associated with an ideal body weight and good health." "Another theory is that people who skip breakfast tend to overeat at subsequent meals, consuming the majority of calories during the most sedentary hours of the day."  "Patients who frequently skip meals believing that they are eating less or consuming fewer calories are often wrong". "They tend to have a rubber band effect on their calorie intake—they skip breakfast and then overeat at lunch." Did you know eating late at night can cause weight gain?

4. Your metabolism may slow down

When you skip meals, your body stops working as fast in order to conserve fuel. "The body will slow its basal metabolic rate to compensate for calorie restriction". Plus, in the morning your metabolism has already been slow during sleep. "Prolonged fasting will further reduce the body's willingness to burn calories and impact the amount of adipose [fat] tissue that's lost." Although the results of recent study dispute this thinking, the same research also showed more calories burned during morning exercise, as well as more stable blood sugar later in the day, when the participants ate breakfast. So, the morning meal does seem to have an impact on the body's metabolic processes.

5. You may get Stupid

Not eating breakfast can have an effect on brain health as well. Because your noggin runs on glucose, the drop in blood sugar from a long fasting state can affect your cognitive function. "Skipping breakfast is a missed opportunity to provide adequate nutrients to the brain, especially after an overnight fast". Studies have shown that school children do better on tests when they've had breakfast. "Because dietary carbohydrate breaks down into glucose, it is important to get the right amount of carbohydrates for breakfast to optimize cognitive focus and memory". But don't go reaching for sugary pastries—choose complex carbs like whole grains, plus protein like eggs, and healthy fat like avocado.

When you're hungry, you're also apt to get angry more easily, and so avoiding your morning meal may make you grumpy. This is especially true if you're skipping breakfast because you're in a rush, and not because you truly don't feel like eating. One study from the U.K. showed that men who had eaten breakfast had a more positive mood at the start of the test session, and felt calmer afterward.