How Yoga has helped me 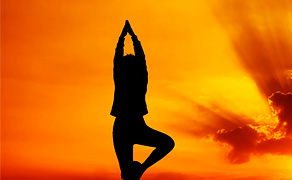 Yoga has more than helped me – it has made me well, both physically & mentally.Since 1985, I practice Yoga-Nidra consistently for half an hour every morning.

Between 1980 – 85, I suffered my 1 st and 9 relapses of a kidney ailment called Minimal Glomerulo Nephritis. Protein is lost in the urine & the waste & toxic fluids cannot be drawn back to the kidneys to be discharged. This is an auto-immune disease where the body’s defence mechanism is disturbed & over-reacts in fighting any natural infection. MLGN is one of the most benign of kidney ailments, but the mental despair is acute as there is no known way to prevent frequent relapses. The dosage of cortisone is high as the over-reaction of the body is to be suppressed. I am no Socrates, but I compared the 12, 10mg tablets of Prednisolone to be takenevery alternate morning on an empty stomach, to a cup of ‘hemlock’. To boot, were the 6 tablets of digene, the fortnightly painful LA 12 Penicillin injections & the high protein, lowcholesterol, salt free diet.

Steroids are always very slowly tapered off & this was done only after periodic blood & 24hr urine tests. Side effects were numerous – an infectious sebaceous gland had to be surgically removed; skin eruptions were frequent & I could not shave for 5 years! Due to the thickening of muscular tissue, I had severe pain in the joints. I had a cardiac complication & was told by my doctors not to worry as Nephrology patients were high risk cardiac cases!! This was like the doctors having told me earlier, that the only way to prevent a relapse was to keep oneself free from infection!

Today, I am no novice with the other schools of medicine. During periods of remission I tried Ayurveda, Homoeopathy, Magneto-therapy (any takers for Rs 700/- worth of magnets?) the Infant Jesus Church, Astrologers, Poojaris & every other conceivable attempt at bribing the Gods, as also a stint at the Institute of Naturopathy, Jindal.

In 1985, I read an article ‘The World of Medicine’ that said that the ‘Brain or Mind’ had a lot to do with Immune-deficiency problems. To the consternation of doctors a young Philipino girl with a liver complaint was completely cured by a ‘witch doctor’ in her native village in the Phillipines. Earlier, she was being treated with Prednisolone in two leading US hospitals. Her claim was that this ‘witch doctor’ had cured her ‘mind’ of an evil spell or curse cast upon her by a dejected suitor! The point I am making here, is that it is DISTRESS & THEREFORE THE Mind, that causes the immune system to trip. I had suffered 3 relapses after the tragic deaths of people I knew. A Swami at the Bihar School of Yoga made me understand that the sub-conscious is so vast that even with today’s advances in modern & nuclear medicine, doctors barely know 2% of it & that, a lack of any outward sign emotion is no indication of DISTRESS within. Stress is a major cause for medical complications & a good many of today’s doctors believe that almost all ailments are psychosomatic.

I am convinced in the Yogic belief that Man is like an upside down tree like in its roots, our controls, the ‘master-switch’ is in our ‘brain’; by treating the Mind we are beginning treatment at ‘source’. With the practice of Yoga-Nidra, I have conquered my kidney ailment & the resultant numerous side-effects.